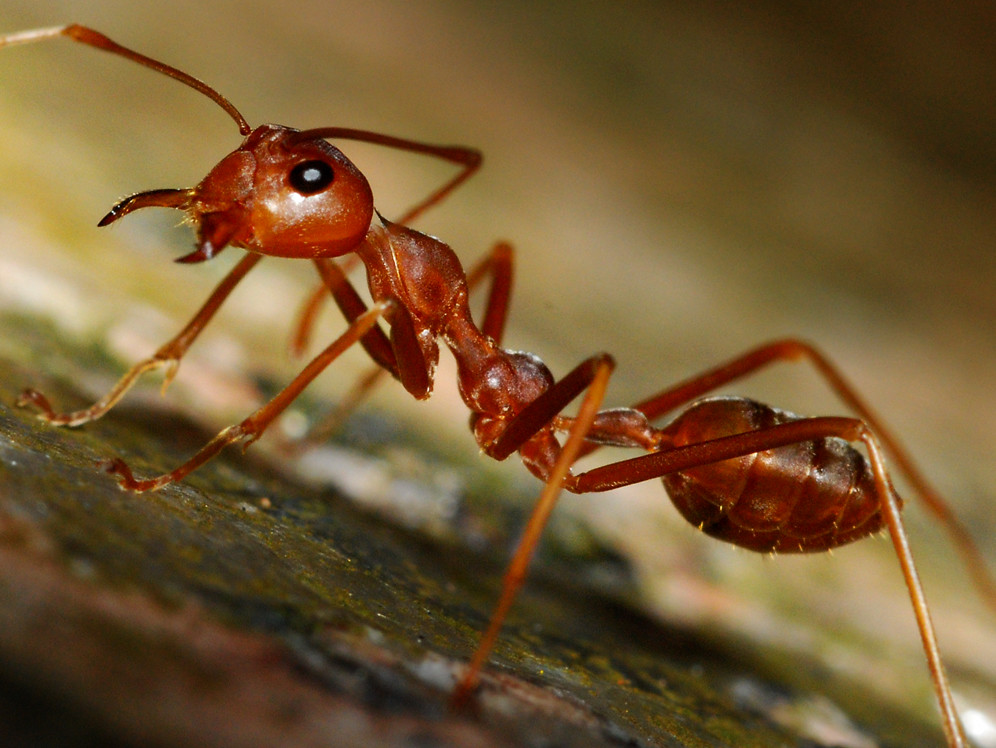 What Exactly Are Ants?

Ants are common, colony-forming insects of the family Formicidae. Ants are related closely to wasps and bees, and it's estimated that ants evolved from a wasp-like ancestor about 140 million years ago. Scientists believe that there are about 22,000 species of ants, but only about 12,500 species have been classified. Ants have three distinct body regions: a head, thorax (the middle section), and abdomen (the rear section), and have two long antennae.